How To Survive A Nuclear Attack

The world has already witnessed the horrors that nuclear attacks can present. There have been two nuclear weapons used in history, both of which were used by the United States during World War II. The first was code named â€œLittle Boyâ€ and was used on August 6th 1945 to detonate a uranium gun-type bomb over the Japanese city of Hiroshima

It exploded with between twelve and fifteen thousand tons of TNT and wiped out an area of thirteen kilometres. The fireball it produced was three hundred and seventy meters across and had a surface temperature of six thousand degrees  C.

The second code named â€œFat Manâ€ a plutonium implosion device was used on the 9th of August 1945 to detonate over Nagasaki. These horrific nuclear bombings resulted in the deaths of 120,000 civilians.

In January 2018, the people of Hawaii were issuing an emergency alert from the Hawaii Emergency Management Agency, warning of a ballistic missile attack asking them to seek shelter. Chaos ensued and people abandoned their cars, hid in bathtubs under mattresses and more. Thirty-eight minutes after the emergency alert, it was declared to be a false alarm, the test scenario had been broadcasted.

However, with so many countries in possession of these weapons of mass destruction, it isnâ€™t far-fetched to think of ways to protect yourself in case of a nuclear attack.

The highest risk to this in todayâ€™s world comes from nuclear terrorism. One can only imagine the extent of damage in case of such a tragic attack.

Tips on How to Survive a Nuclear Attack

Learn From The Past

The most famed story of nuclear attack survival is the story of Tsutomu Yamaguchi, who saw a bomber on august 6TH  1945 and had the presence of mind to throw himself in a ditch. Despite being only three kilometers away from the center of the blast he survived, albeit with burns, burst ear drums and temporary blindness.

He returned home to Nagasaki just in time to live through the second atomic bomb three days later, this time being inside an office. He somehow managed to survive thanks to a reinforced stairwell.

While Mr. Yamaguchi is the most recognized survivor of the attack, it was discovered in a documentary in 2006 that one hundred and sixty-five fellow citizens lived through both bombings.

In fact, despite the vast destruction, the majority of people living in both cities survived with an approximate 71% of the population in Hiroshima and 76% in Nagasaki surviving the attack. So, should the unthinkable occur, we might just make it out alive.

Nuclear weapons have evolved since then and the most powerful one yet was the Tsar by the USSR which amounted to almost ten Hiroshima blasts. Russia is said to have developed a Nuclear weapon double the impact of the Tsar bomber.

In 2011 the United States Government produced a report looking at how authorities should respond to a nuclear blast. They were not concentrating on such overpowered weapons but rather on smaller Improvised nuclear devices, the kind used by terrorist organizations or weapons we would have to deal with during a war.

The report noted, â€œA low yield explosion from an IND is different from cold war strategic thermonuclear detonation scenarios upon which much of our current understanding and civil defense planning are based.â€ The report says an IND could be about 10,000 tons, about the same as the first bomb dropped on Hiroshima.

Ultimately the chances of survival simmer down to two factors: the yield of the bomb being detonated and our proximity to ground zero.

At about one kilometer from ground zero we reach a zone where survival is more likely than any closer. At one point twenty-five kilometers of ground zero is the radiation circle, within this circle people are absorbing about 800 times greater than the average American is exposed to in an entire year.

This means the people in this circle have up to a ninety percent chance of death due to radiation poisoning. In the area about one point four kilometers from ground zero people are likely to suffer third degree burns resulting in fatality or requiring amputation. Approximately 6 kilometers can be decimated by an INT.

According to Irwin Redlener Director of the National Center for Disaster Preparedness at Columbia University, even at 13 kilometers, there is a 13% chance of dying instantly even at 10 to 21 kilometers from the ground zero of a ten kiloton device

So, best case, you are further enough to be able to survive the attack and we can focus on your immediate response to the attack.

How to Survive The First Hour of a Nuclear Blast

Knowing what to do within the first hour of the attack is the difference between life or death and would determine your chances of survival, so letâ€™s cover the basics.

According to Jeff Schlegelmich Deputy Director of the National Center for Disaster Preparedness at Columbia University, â€œIf you see a nuclear flash, the first thing to do is get behind a barrier in case the shock wave comes.â€

When Mr. Yamaguchi took shelter in a ditch, the shockwave picked him off the ground, spun him around and threw him in a nearby field.

Radiation Safety Specialist Brooke Buddemeier at Lawrence Livermore National Laboratory says, â€œWhen I think of where I would go for protection from prompt effects and from blast wave protection in particular, I think of the same kinds of things we do for tornados. Be in an area where if there is a dramatic jolt, things wonâ€™t fall on you.â€

When you do survive the shockwave things donâ€™t get easier, the explosion creates an immense amount of dust and debris which, combined with the radioactive release is drawn upward by the heat. This fallout is likely to come back down.

Take Action to Keep You and Your Family Safe

The most important thing is to get inside, and stay inside. Fortunately you will have ten to twenty minutes to seek shelter but, unfortunately you may be blind as explosions cause blindness.

Create a Bomb Shelter or Safe Space in Your Basement.

Switzerland has built thousands of bomb shelters, enough to accommodate its entire population.

If you do not have a bomb shelter, make your way to a basement or a multi-story building butting as many thick layers between you and the blast. Glass buildings or homes made from wood and plaster arenâ€™t the ideal choice for the fallout.

Getting inside a subway station would also offer some protection. Avoid the top floors of any structure. Close off any areas where fall out might enter like doors, windows, fireplaces, air conditioners etc.

If youâ€™re trying to make it to the nearest building when the fallout starts to land around you, cover your mouth and nose with a rag and close your eyes. Any fallout landing on you puts you at a risk for acute radiation poisoning.

A sign of absorbing radiation is vomiting, so carefully remove your outer layer of clothing, this will remove ninety percent of radioactive material. Put it in a plastic bag and leave it far out of the way. Try not to shake off any of the dust and take a shower using soap and shampoo but do not use a conditioner as this will bind radioactive particles to your hair.

Finally, wash your face and exposed body parts or wipe your skin with a wet wipe. The key is using plenty of water and do not scratch or injure yourself as this may get radioactive matter into your skin.

According to the United States, State Department, â€œ The importance of sheltering in place preferably inside a sealed room for at least 48 hours after a nuclear detonation cannot be overemphasised.â€

Keep an ultimate survival backpack handy for essentials. Or prepare a basic emergency survival kit. If you want to go above and beyond, you can prepare for additional disasters related to the attack, like a nuclear famine; which is considered a threat that potentially follows a global or regional nuclear exchange.

Itâ€™s said that the slightest, most subtle cooling effects that result from a nuclear exchange could have a massive impact on the agricultural production of a region resulting in a nuclear winter. This can cause a domino food crisis amongst the survivors of the world, so that means even if you go above and beyond to keep some plant seeds and such handy in your doomsday bunker to save and sow at a later time they might not actually grow because of the weather change.

Make a list of essentials needed in a bunker and keep them handy so that youâ€™re not unprepared in case of any natural or man-made disaster. Must have items in your list should include all of the following-

Keeping all these items handy in your basement or bunker can help you stay safe, stay healthy and most importantly stay alive.

The aftermath of a nuclear attack is devastating destruction and if you have sought shelter it is likely you will have to continue to remain sheltered for a prolonged period of time, so you would rather be stocked up on supplies than be sheltered and injured, thirsty, hungry etc.

If possible, place a mattress, and some bedding in your bunker. You could keep the bedding dust free by putting it in a vacuum sealed bag. You could also plant several flashlights around your bunker and keep a roll of batteries handy.

First aid kits should contain anti-inflammatory, pain relief medication as well as the usual ointments and antiseptics are always smart to have around in case you need them.

Make sure the food supply in your survival kit does not contain any substance(s) that youâ€™re allergic to. It would be terrible to survive a nuclear attack only to die of a food allergy.

You could also keep calming tapes, affirmation read outs, essential oils and other such mentally calming items in your emergency reserve to help you remain calm.

The most important aspect of seeking shelter in a nuclear attack is staying indoors until the threat has substantially reduced. If you stay indoors for about a week, the nuclear fallout is reduced by almost 99%. That’s a pretty good chance, in my opinion.

So, in order to remain calm and remain indoors, keep yourself stocked up on all the emergency supplies for you and your family. If you have a pet make sure to keep pet food and pet medicine and other supplies handy for your pet. If you have an infant, it is essential to have a back-up stock of baby food and diapers in the bunker.

Now that you have Survival Worldâ€™s tips to survive a nuclear attack handy, you can keep yourself prepared for the worst. 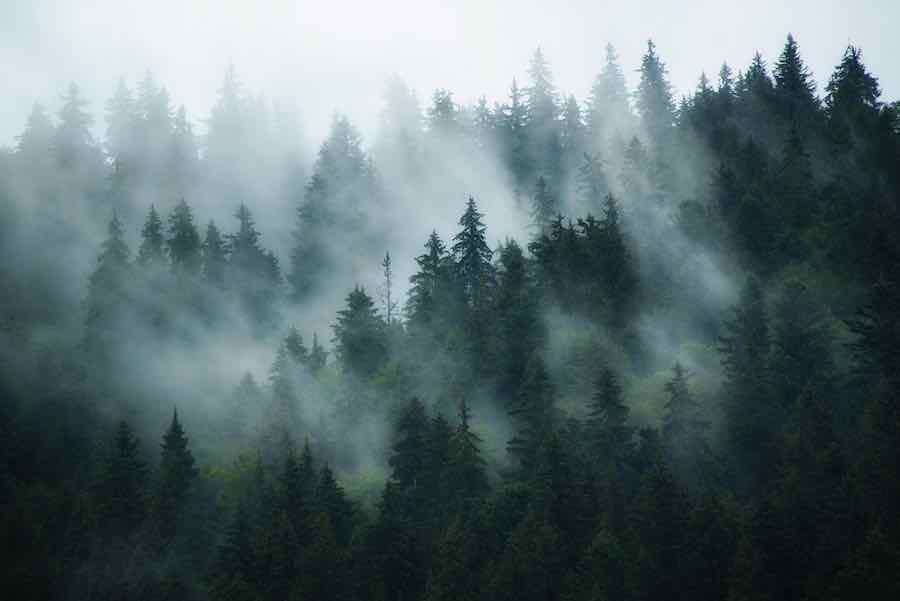 Next →
How To Survive A Bear Attack