How To Tie The Loop Knot

Nowadays, there are a lot of different types of non-slip loop knots, but the most famous is the “Mono loop” knot or also known as the “Kreh Loop Knot”. It was created by a fisherman named “Lefty Kreh”.

The Loop knot forms a non-slip knot at the end of its loop. . Thus, natural actions can be performed by this perfect loop as it’s more reliable and convenient to use. One can craft their own desired small loops with this perfect loop knot.

This non-slip knot is one of the most recommended knots of the fisherman because it is quick to use and is very easy to tie. Additionally, the loop knot is not easy to be broken and ends with a weedless stamp

The loop knot is a U-form that is thinner than that of a rope. In general, the knot is used to form a small loop in a row. In fact, is one of the most basic constructs used during knot tying. It creates a complete circle by wrapping the functioning end of a rope around it. Whenever the ends of such a closed-loop are connected, a loop is created.

Tie a knot of about 2-3 inches above from the end of the tag.

Pull the leader line’s tag end into the eye of your bait.

Drag your tag end into the overhand loop you made in Step 1’s downward-facing line.

Create two wraps up the main line using the tag end. Be sure that all the twists are going up the mainline in the same direction.

To make the knot finger close, pull the main line and tag end together.

To straighten the knot, let go of the tag end and draw the mainline close. Then cut the line at the tag end. You’ve finished your Nonslip Loop Knot.

Tips on Tying the Loop Knot

To begin, tie an overhand knot with the mono around between the loop and the mono leader, after that move the end of the mono through the loop three to four times before taking it down with pressure on either the mono leader and the tag end. Finally, slip the knot down on the other side of the leader and button it once the mono is folded over or even started snugging down.

Variations On Tying the Loop Knot

There are quite a lot of variations of the Mono loop knot, but below are the most famous:

Although the Mono loop can be a good knot, there are also some disadvantages. While it is being created, there might be some bumps on it, which would result in it being visible. Additionally, it is always good to check whether the yarn end is being clipped too short to avoid slipping of the knot.

History of the Loop knot:

Back in 1963, Palm Beach gave an idea of loop knots which is a deliberate complication in cordage that can be functional, artistic, or both. Loop knots are useful knots that are categorized by component: A loop knot connects two sides of a piece of string. Throughout the tradition, knots and knotting are used and researched. A likeable outdoor writer who died a dozen or so years ago invented the term Uni-Knot. His rewriting of the Duncan Loop followed since having told how it has been tied as well as the different uses it can be extended to by Norman Duncan, but it was decades earlier. Whereas the outdoor writer claimed ownership – he recanted on the indiscretion many years ago – the Uni-Knot name lives on.

There are many categories of loop knots, all with additional properties that make them suitable for a series of projects. Any loop knot is being to tie the rope (or other knotting content) to several other such as another rope, cleat, pin, or stake.

Loop Knots deteriorate the string from which they are formed. Once stretched to the breaking point, knotted rope nearly invariably falls in and near the knot, unless it is faulty or weakened somewhere. The stretching, grinding and rubbing bonds that hold a knot in position irregularly pressure rope fibers, resulting in a loss of energy.

Uses for the Loop Knot:

Loops split into various groups based on their form. Double-loop knots appear tighter over single-loop knots and thus are commonly used for scrambling to create beachheads and ledges. These are typically made with a loop of the string rather than a single rope. The terminal knot is used to tie fishing equipment and by cowboys to capture cattle. The Midline loops will be used if a loop in the middle of a line is needed. The slipping loops have a smock motion and can be adjusted to your liking. Unless you don’t want that, you could use fixed loops instead.

Below are some main uses of the loop knots:

Loops are divided into different groups based on their form. Below are a couple of loop knots that are most similar to the loop knot: 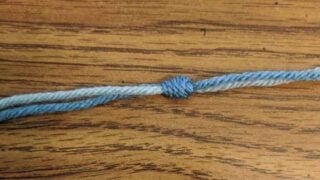 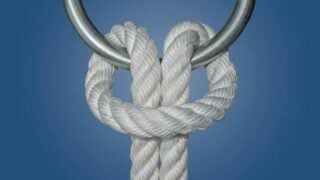 Next →
How To Tie A Cow Hitch