How To Tie The Heaving Line Knot

The Heaving Line Knot, or Franciscan Monks’ Knot , is widely used by sailors, is tied at the end of a lighter line which in turn is attached to a heavier line. The lighter line is thrown first, usually from boat to shore, so the heavier line can then be drawn or heaved behind it.

The heaving line knot has a range of family knots and is easy to make while you are out in the water. A heaving line knot is fun to learn and is a handy skill. You don’t need any extra equipment to tie it. If you want to throw a line to someone, especially when you are in a boat, this knot is perfect to throw. It is heavier on one end and lighter on the other. Make sure you always throw the heavier side to the other person on another boat or onshore. The best thing about it is you can make many rings and make them heavier according to your desire.

How do you tie a line heaving knot?

The heaving line knot is the most frequently used knot while boating. It is used to add weight on one end so it can be thrown easily. You can use it to throw a line at other people next to your boat. You can throw it to shore for towing the boat. These are the following tips to follow for tying the heaving line knot.

How To Tie The Heaving Line Knot

Take a bight out of the end of your rope, giving yourself a sufficient length. This will allow you to make wraps easily.

Then, hold it in the correct position to make wraps easily so they won’t get loose while making wraps.

You should have a loop at one side while starting to wrap the working part around the loop.

Start making wraps around the standing part until you run out of the line that is your working part.

Note: You can make more and more wraps to add weight as per your requirements.

When you run out of the line, tuck it through the loop. Make sure you have enough rope at the end so you can pull it easily.

Now, after tucking it in the loop, pull on the standing part to cinch up the working end.

Now you have a heaving line knot at the end, forming weight to throw.

Variations on Tying the Knot

The heaving line knot can be made in various ways. It is the easiest and common way of tying a heaving line knot, but not the only one. It includes a family of knots that are used to make weight on only one side. It looks like a simple knot, but it’s the heaviest heaving knot.

It can be used for various purposes. Also, as mentioned above, it can be tied up as less or as many wraps as necessary to you or the situation. It depends on how much you want to expend the rope and form the right weight. Some sailors or people who use heaving line knots leave larger loops at both ends during wrapping. Once they are made, one can pull any of the loops that will automatically shrink the other end.

Advantages of the Heaving Line Knot

The advantage of a heaving line knot is that it is easy to make and easy to untie. You can also learn to tie this knot quickly. It is very easy to throw and less dangerous for the person standing on the line’s other end. For example, when the ship is standing, it can easily be attached to heavy hawsers to keep the ship from moving. Make sure it is tied with hawsers by the dock worker rather than directly hurled up with hawsers, as it can be dangerous. This can also be thrown to make contact between two boats or thrown to someone overboard.

The only disadvantage is it cannot bear dangerous weights. Some people make a monkey fist, which is lighter than the heaving line or sometimes,  they do not make enough wraps, so it cannot hold the weight properly. Many people face difficulty while holding the heaving line end. It can tug heavy ropes, but not dangerous weights. Also, sometimes the aim cannot be made perfectly due to the heavy end.

History of the Knot

Back in the 18th century, people used to tow boats towards the dock with the help of a heaving line knot by dockworkers to tie it with hawsers. This method was simple and easy to use. It was more common when trading with other countries via sea was at its heights. Also, it was used to form connections with boats in case of an accident or problem.

Uses for the Heaving Line Knot

The heaving line knot can be used for various purposes. It can be thrown to someone who has fallen overboard. It can be used to toss a line over a limb of the tree but cannot be used for big climbing such as hiking. It is also used at the end of the messenger line, which is used for a hawser as a pilot line. It can also be used to store your rope. There are no specific numbers of wraps to tie this knot as its ability won’t be affected. However, you just need to tie more wraps if you want to make it heavier.

Here are some alternatives to the heaving line knot: 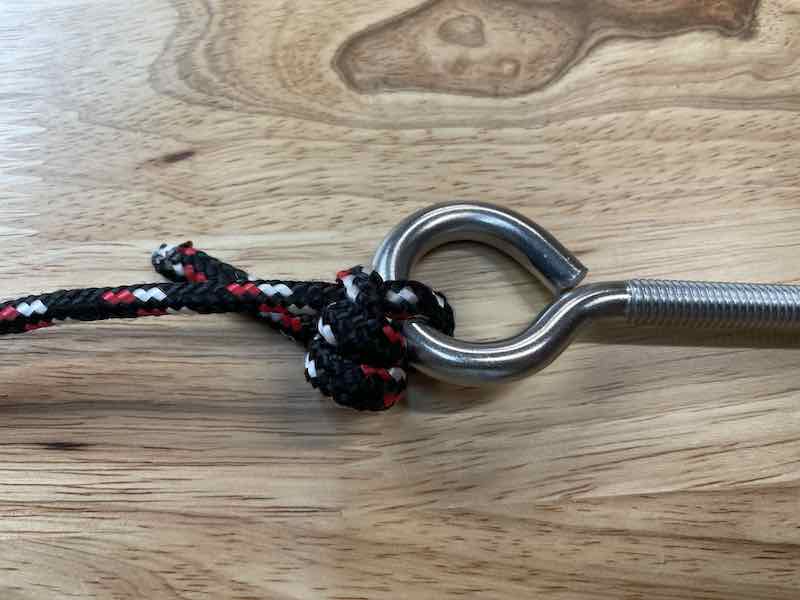 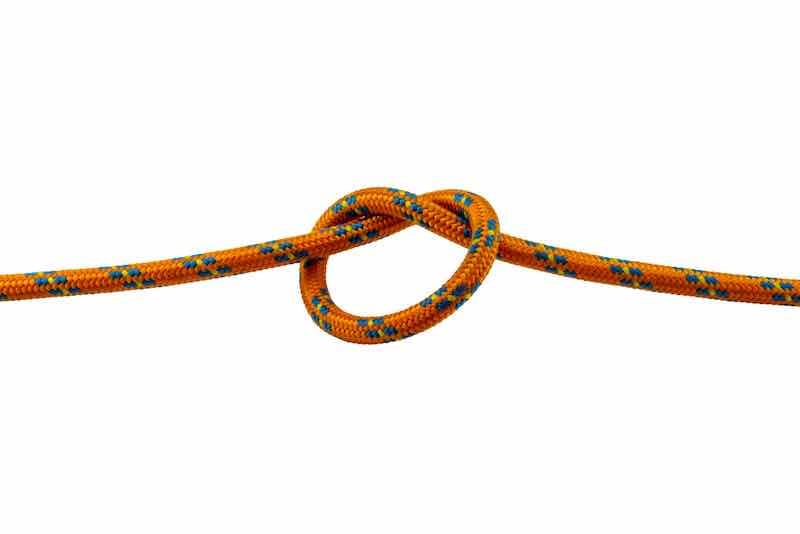 Next →
How To Tie The Overhand Knot