How to Tie the Carrick Bend

The Carrick bend is an extremely popular maritime knot that goes by many different names.

Although Carrick bend is the most common, you’ll sometimes hear this knot referred to as the “Josephine Knot” or “Sailor’s Breastplate.”

The Carrick bend is most commonly used for joining two lengths of heavy rope (of differing or similar sizes) securely together. It’s most effective with heavy ropes or cable, although it can be used for lines of all sizes.

Not only is the Carrick bend easy to tie, strong, and versatile, but it’s one of the most aesthetically pleasing knots you can tie. It’s capable of holding up massively heavy loads, even in wet and oily conditions.

Here’s everything you need to know to tie the perfect Carrick bend.

How to Tie a Carrick Bend

Tying the Carrick bend is relatively quick and simple. It’s an easy to learn knot that you’ll likely find yourself using more than you might’ve originally thought.

First, create a simple loop in the thicker of the two ropes (green).

Now, take the working end of the second rope (blue). Go over the first loop and then under the loop.

The working end of the second rope (green) should now go under the loop of the first rope (blue).

Now, the second rope (blue) goes over its own standing end before going under the loop of the first rope (green).

Pull the knot tight to complete the Carrick bend.

Tips on Tying the Carrick Bend

The most important tip to remember when tying the Carrick bend is the proper sequence:

After those four passes, remember to pass the working end of the second rope (the blue rope, in the instructions above) around the first loop and then around itself.

Another sign that you’ve tied this knot correctly is that the working ends should end up on opposite sides of the knot before you pull the knot tight.

Although this not is notably secure, reliable, and slip resistant, it’s best to leave the working ends longer than you normally would. This is particularly important if you plan to use the ropes to hold an important load, such as yourself when climbing.

You can then seize the tag ends to the standing ends with a stopping knot, such as the Ashley stopper knot.

Best Uses for the Carrick Bend

Not only does the Carrick bend have a lot of uses, but it’s actually one of the most widely used knots in the world.

Most notably, the knot is used to carry or secure very large loads. In fact, it’s ability to bear large loads – without jamming, even when soaked in water or oil – is the main reason why it’s been so popular with sailors throughout history.

But you don’t have to just use the Carrick bend with heavy sailing ropes or mooring ropes. It’s just as effective at joining smaller ropes together.

The ways you can use the Carrick bend with smaller ropes is nearly endless. It’s commonly used by climbers, usually to create a climbing net rather than as a knot to connect two individual ropes together.

Similarly, the knot can be used to create a fishing net by creating a series of Carrick bends out of two or more ropes. In a pinch, the knot can even be used to join two fishing lines, although there are much better fishing knots for that.

In addition to its more functional uses, the Carrick bend has wide aesthetics uses thanks to its aesthetically pleasing design.

The decorative uses of the Carrick bend are extensive. They range from designs made of two ropes connected together to much more elaborate Carrack mats. For example, you can use this knot to stylishly hang plants. You can even use it to create jewelry.

Although I don’t personally consider the Carrick bend one of the most important knots to learn for survival (the square knot, prusik knot, bowline knot, sheet bend, and fisherman’s knot hold that honor in my book), it’s still a great knot to learn, especially if you plan to carry extremely heavy loads by rope.

Better yet, it’s an easy enough knot to learn how to tie. If you’re a prepper or survivalist, there’s really no reason not to add it to your repertoire.

Pros and Cons of the Carrick Bend

The Carrick bend is a great knot with a variety of applications. But, like any knot, it does has some disadvantages in addition to its many advantages.

Here are the main benefits of the Carrick bend:

Here are the main drawbacks of the Carrick bend:

History of the Carrick Bend

Although the Carrick bend was first called by this name in 1783 in a nautical bilingual dictionary, it was likely used for some time before that in the Orient.

After it was introduced in Europe, use of the knot quickly caught on among sailors since it’s so useful at tying together thick ropes and because the knot doesn’t weaken when it gets wet.

The exact origins of the name “Carrick bend” are not known for sure, although it likely stems from Carrick Roads, a popular natural anchorage near Falmouth in Cornwall.

Other possibilities for the origins of the name include the “Carrack,” a type of medieval ocean-going ship, or the plasterwork in the Ormonde Castle in Carrick-on-Suir which depicts numerous Carrick bends.

As its popularity grew, many started to refer to the knot instead as the “Josephine Knot” after Napoleon’s wife, the Empress Josephine.

The knot soon picked up a slew of additional names such as the double coin knot, wake knot, and sailor’s breastplate.

The “Ormonde Knot” is yet another name used for the Carrick Bend over the years which has led some scholars to believe the origins of the name “Carrick bend” most likely stems from the Elizabethan-era plasterwork in the Ormonde Castle in Carrick-on-Suir.

Variations of the Carrick Bend

There are quite a few variations of the Carrick bend.

Although it’s not necessarily a working knot (instead, it’s more of a decorative knot), the Carrick mat is beautiful when used to create a hot pad or table mat. Some religions even consider the Carrick mat (particularly when the ends are connected together) of great spiritual value.

Several other knots are similar to the Carrick bend. These include the monkey’s fist, sheep shank, and sheet bend.

Depending on the application, these alternative knots can accomplish much the same purpose as the Carrick bend.

Also, worth noting is that due to the number of crossings in the Carrick bend (remember to always follow the over and under pattern), the knot is often tied incorrectly.

It’s important to go slowly and take your time to ensure you tie a proper Carrick bend – rather than an imposter.

Learn to Tie Other Knots!

The Carrick bend is a knot that has been used for centuries. It’s an easy-to-tie, versatile, and strong knot to have in your repertoire.

Although it’s best used to tie together two heavy ropes, such as to carry heavy loads, the knot has numerous survival uses, including for camping, climbing, boating, fishing, and so much more.

To learn more about other useful knots, check out our complete list of survival knots – we cover pretty much any knot you could want to learn how to tie! 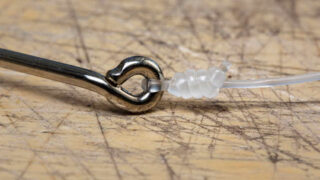 ← Previous
How to Tie the Uni Knot 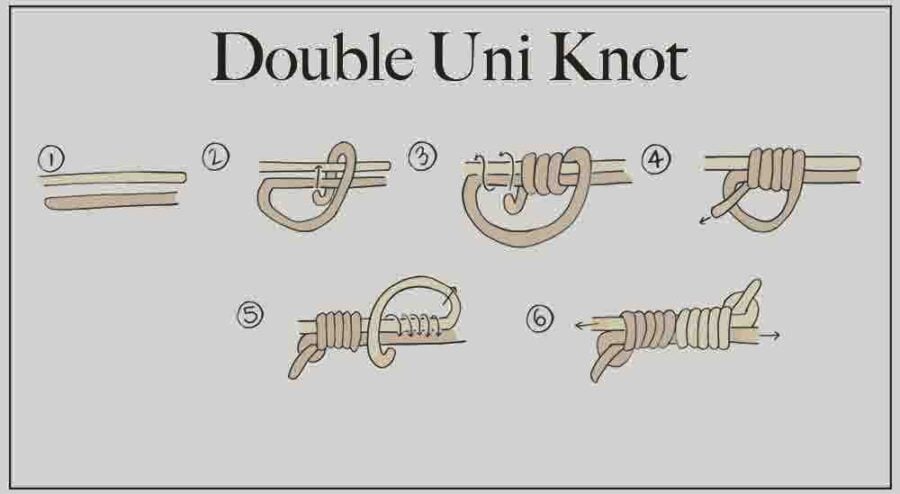 Next →
How to Tie the Double Uni Knot